"PingThings is a great example of the type of disruptive software that industries need to scale up the individual Internet, and we're delighted to make an investment in the company." 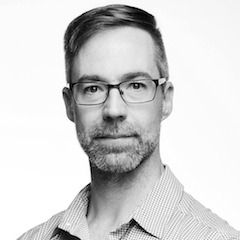 
Sean founded and built a multi-million dollar consulting firm focused on data science and AI after completing his MBA at Oxford. Previously, he served as a senior scientist at the Johns Hopkins University Applied Physics Laboratory focused on machine learning, anomaly detection, and high performance and cloud computing.


Julia served as an Intelligence Officer in the United States Navy for a decade. She completed her MBA at Georgetown in 2016 and pivoted to consulting. She was most recently the Director of Design for Redhorse Corporation where she supported custom AI/ML prototypes for DoD and DHS. She is on the Board of Directors at J.H.Fletcher & Co.


Chelsea has over a decade of experience in the tech industry, including DevOps, Cloud computing, and project management. She brings a broad knowledge base to tackle a variety of problems and a people-first approach to process and organization, especially among teams. In addition to working with PingThings, Chelsea currently leads her own consulting firm, Kakumei Consulting.


Allen earned his Masters in Computer Science from the University of Maryland focusing on the intersection of databases, machine learning, and distributed systems. He has extensive experience working with data science startups which follows over 15 years of web and application development for the U.S. Navy, U.S. Senate, and various non-profit groups.


Moustafa is a postdoctoral scholar at the department of Electrical Engineering and Computer Science at UC Berkeley, working under the guidance of Professor David Culler. He is a member of the Building-Energy-Transportation Systems (BETS) group at the RISELab. Moustafa obtained his Ph.D. from Rutgers University, where he was a three-time recipient of the IBM Ph.D. Fellowship and the recipient of the Rutgers ECE Academic Achievement Award.


Ori has nearly ten years of professional programming experience, working on high performance, high scale systems at Google, Facebook, and Level.ai, using tools including C++, Python, Scala, SQL, and Spark. Ori is also a prolific open-source programmer. He is a core contributor to the OpenBSD operating system, where he helps build VMM, their OS virtualization stack. He is also the creator of the Myrddin programming language and a Git implementation for Plan9. 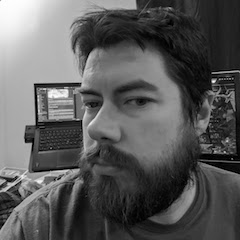 
John is a full-stack developer with a wide range of experience, from frontend development to IoT/edge computing to DevOps and many of the things in between. Previously, he has worked in such diverse industries as driver training, web surveys, mobile app development and HVAC analytics. He is driven by a passion for automation and for making complex systems run smoothly.


Lorin has forged her career across industries, allowing her to develop best practices for all types of projects, processes, and teams. Earning her degree from Hood College in Environmental Science and Policy, Lorin transitioned into tech and discovered a strong passion for coaching teams and individuals. She is an Advanced Certified Scrum Master and Certified SAFe Agilist and led the implementation of Agile software development practices at a cybersecurity startup.


Chris is a data scientist broadly experienced in both data product development and analytics. He received his PhD in 2013 from the University of California, Berkeley, where he developed computer simulations to study shape transformations in biological cells. He has over 11 years of experience in data science & statistical physics research.


Michael comes to PingThings with a diverse background in consulting and data science. He graduated from George Mason University with a degree in Psychology and Business. He has since worked in various consulting roles for both large and boutique firms, where he specialized in data analytics, data visualization and business process automation.


Ramiro earned his undergraduate degree from Brown University and his master's degree in Applied Mathematics and Computer Science from Technical University of Denmark. He has conducted research at NASA, NOAA and LDEO. He has experience applying Bayesian Deep Learning for financial trading applications and applying pattern recognition techniques and data analysis on blockchain data.


Debbie Chang earned her MS in Computer Engineering from VA Tech and a BS in Electrical Engineering from UMCP. She has experience working on large scale operational data and developed anomaly detection for both complete and incomplete time series data in real time. She is passionate about using machine learning to solve complicated problems and draw new insights from large complex datasets. 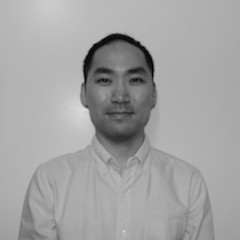 
Jeff has helped several NYC startups scale their products from the ground up to millions of users. He specializes in building delightful, scaleable front end products. In addition to his startup experience, he has built custom in-house technology solutions for NYC schools, taught at software engineering bootcamp programs, and worked as a K-12 classroom teacher for 10 years. He has a masters degree from the University of Pennsylvania and an undergraduate degree from Swarthmore College.


Will is a computer science student attending the University of Colorado at Boulder's engineering school. He has over four years of full stack development experience working at startups in a multitude of industries including next generation marketing, e-commerce, and finance. He has a passion for teamwork and bringing beautiful user interfaces to life. 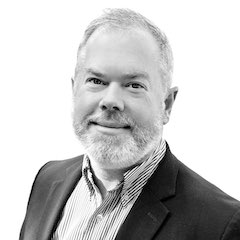 
Theo has nearly two decades experience at the Tennessee Valley Authority managing over 1900 power quality monitors, digital fault recorders, microprocessor relays, and revenue meters, integrating this data into an enterprise utility data system, and automating the retrieval of this data.  He has years of experience engaging with utilities and researchers via CIGRE, EPRI, and IEEE. 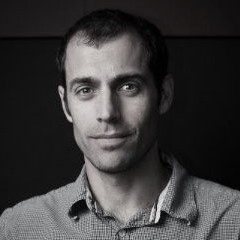 
As Director for Micron's AI Fund and portfolio manager for Comet Labs, Andrew invests in and supports the best early-stage AI and robotics startups that transform big industries. His focus is in deep tech, industrial automation, and computing hardware that enable the next wave of machine learning innovation. Prior to Comet, Andrew was the founder of Stower Energy - an early startup leveraging machine learning to provide predictive operations and maintenance for distributed energy systems - and project manager for utility scale power developer the Martifer Group. He did his graduate work in Materials Science and Engineering at Stanford University, and enjoys his limited peaceful moments in the quiet fog of Pacifica. 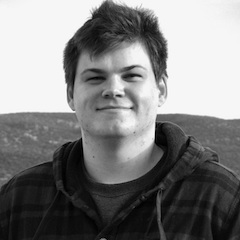 
Paul Winters is the board representative of Three Curve Capital LP (“TCC”), the family office of Mr. Stuart Porter, founder and CEO of Denham Capital Management LP (“Denham”). TCC invests in early stage companies across a range of technologies, applications and sectors. Paul also serves as Managing Director and General Counsel of Denham, a $9.5 billion+ energy and resources focused investment advisor. He is responsible for all legal matters involving Denham, its funds and its investments. Paul has almost 25 years of experience as a transactional lawyer, and has handled a wide range of matters arising across the lifecycle of companies in the energy sector. He serves as a board member of Greenleaf Power, a North American biomass-focused IPP, and Endeavor Energy, an Africa-focused thermal and renewable IPP, among others.